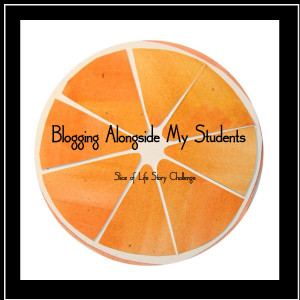 This weekend was a whirlwind of activity, topped off with a snow day. Blah.

But, that’s not the point of today’s blog. Saturday, we drove to Forest City, Iowa, a two hour drive to watch our youngest participate in the Individual State Speech Contest. Little side note, it’s always a good thing to check the map BEFORE you get into the car. Forest City was a bit further than first anticipated! Oops! 🙂  Anyway, but to speech, our daughter had two performances, one in solo musical theatre and one in storytelling. She earned a Division I rating the storytelling, and a Division II rating in the musical theatre, the opposite of what she’d planned out, but that’s beside the point!

We had the chance to witness one of the bravest scenes I’ve ever seen in terms of individual speech. A student got up in the musical theatre section our daughter was in, and started in on her song. She nailed the first part of her song, but suddenly the music played, and the singing stopped. You could see the look in her eyes: she’d blanked on the words. Now, having participated in individual speech and individual music, that was always my biggest fear, not remember a line or heck, the whole song! This young lady just stood there for a bit, eyes wide with that realization, then turned, went back to where the music was set up. Suddenly it was quiet. In musical theatre, the performer has a five minute time limit for their song (learn something new every day). You could see something whispered, then, this girl turned around, the music started, and while she rushed the song a little bit, she nailed her performance. It was one of the gutsiest, the bravest things I’ve ever seen, period. Here, this girl, maybe a sophomore or junior, summoned something from deep down to turn around and sing to a crowd that had to be thinking, “What’s she going to do???” As we walked out past her parents and coach standing outside, she wasn’t crying, wasn’t curled up in the fetal position (as I might have been), but standing, smiling, and able to laugh with the people around her. That, my friends, is truly what speech, and State Speech is all about, that ability to turn what could have been a crushing experience, and make it something she could draw from in future performances. It won’t be soon forgotten by those of us in that room, that’s for certain!

So, be brave, be that student who able to swallow down the fear and come back stronger than ever. We owe it to ourselves, our families, our students to be that brave, if only once.

Teaching Reflection
1DR What Else?

A journey into the cloud...

Thoughts that may take you on a journey...

a bit of an alliterate

admiration for alliteration and most things readerly speaking

Not all who wander are lost.

PostSecret
if you want kin, you must plant kin ...

A fun space for my thoughts to set up shop :)

It's not just about my Mom anymore..

Seeking and rekindling joy...one day at a time