Today, we spent the day in my wife’s classroom. We slept in, had a slow morning, and took off up to her classroom. Why her room? Supposedly, there was  ESPN in her classroom for us to watch the Iowa Women’s Basketball Team play NC State.

The cable or whatever in her classroom didn’t work, so we got to listen to it on the radio. I wish I could have seen the game, but the radio painted a pretty good picture. Iowa put on a clinic in what women’s basketball is all about, beating an outstanding NC State team 79 – 61, behind their all-world center Megan Gustafson and her senior counterparts, Tania Davis and Hannah Stewart. An amazing game for this team, this family of the game, and for winning, they have earned a spot in the Elite 8 with the number one seed, Baylor

I love visiting my wife’s classroom because it’s SO different than my own. Nothing different on this visit because this is what I walked in to see: 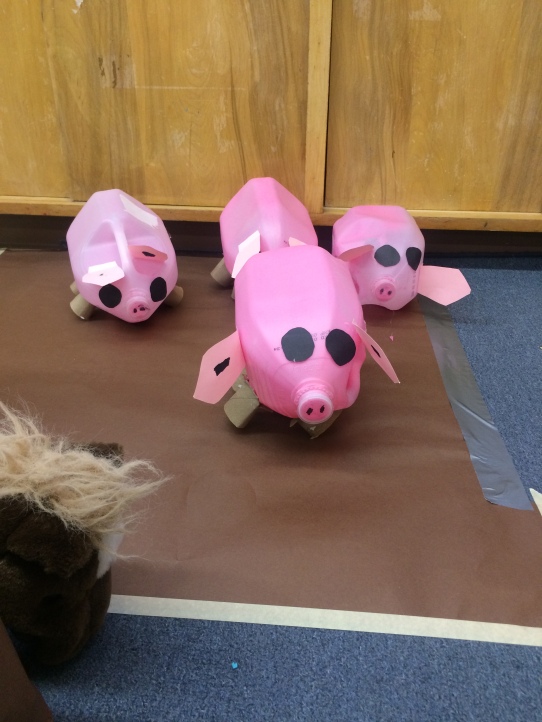 She’s doing a farm unit, and while I worked on my own stuff, she continued to work with her farm center, making it into a true farm. The pigs though, they cracked me up because if my sixth graders got home of them, who knows what might happen!!

We then did some shopping, went out for lunch, and just enjoyed each other’s company. The empty nest can be kind, as it was today. However, we’d gotten some texts from our daughter in the middle of the night. We’d (she and us) gotten into a pretty big fight during the week where everyone hung up the phone angry, in tears, or both. Fast forward to last night, we get an apology text and a text saying a friend tried to commit suicide.

She’ll be home next weekend because right now, college is difficult, classes are difficult and she’s struggling. Family, for whatever reason, is suddenly important for her, and we’ll be there. It will be hard to get her picked up, but it’s what we do.

Besides, it’s not like we have anything to do! 🙂

shouting my heart out for all who may listen

The Daily Meow
Ms. Chen in the Middle

my slice of life writing

Laughing With Lisa
keepin' it small

Teaching Reflection
1DR What Else?

A journey into the cloud...

Thoughts that may take you on a journey...

a bit of an alliterate

admiration for alliteration and most things readerly speaking